The incidence of of chronic diseases is increasing, despite advances in clinical medicine.  Human diseases are often difficult to decipher because of the complexity of genetics and lifestyles.  Appropriate biomedical models are essential, since most medical knowledge, treatment regimes, and the development of medical devices that have contributed to clincial advancement are based on robust animal models.

The use of animals as models for human disease is one of the most important paradigms of biomedical research.  Animal models are essential tools for studing gene-gene interactions, gene-environment effects, and for preclinical testing of therapeutics.  Given that mice, the most common animal model, frequently do not faithfully recapitulate human disease, pigs and other large mammals, such as the dog, will continue to serve as important biomedical models.

Advances in DNA sequencing and phenotyping technologies combined with new robust tools for analyzing large data sets have spawned 'phenomics', the use of large scale approaches to study how genetic instructions from a single gene or the whole genome translate into the full set of phenotypic traits of an organism. The challenge is to integrate and combine phenotype descriptions within a species and systemically relate them to phenotype descriptions in other species, in order to form a comprehenisve understanding of the relationship between those phenotypes and the genotypes involved in disease.

We are developing animal models focused on cancer biology, innate immune responses, and the effects of age and diet on health.  Through the use of recombineering, targeted gene trapping technologies and gene expression profiling, these animal models are being evaluated for their utility in understanding complex physiological responses across species. 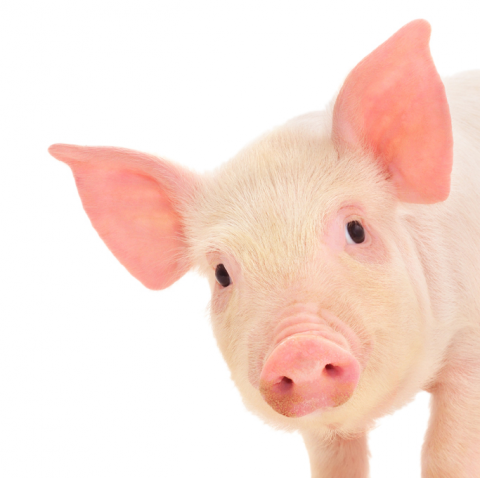 The large size of the pig and its similarity in anatomy, physiology, metabolism, and genetics  to humans make it an ideal platform to develop a genetically defined, large animal model of cancer. To this end,   we created a transgenic “oncopig” line encoding Cre recombinase inducible porcine transgenes encoding commonly mutated oncogene and tumor suppressor   in human cancers.  Injection of AdCre directly into these oncopigs led to the rapid and reproducible tumor development of mesenchymal origin. This oncopig line could serve as a genetically malleable model for potentially a wide spectrum of cancers, while controlling for temporal or spatial genesis, which should prove invaluable to studies previously hampered by the lack of a large animal model of cancer.

As our ability to measure the immune response at both the cellular and molecular level increases, we can begin to recognize how successful pathogens evade and circumvent the immune response in order to replicate and survive.  Undertanding the immune system and its response to a pathogen is required to develop successful disease intervention strategies.  We use pigs to study the modulation of systemic immune responses and have developed DNA-based genotyping methods for analyzing the swine leukocyte antigen (SLA) genes that contain code for molecules that present self and non-self antigens to T-cells and trigger specific immune responses.  We are also studying the swine major histocompatibility complex (MHC), a family of gene clusters that play a pivotal role in how vertebrate distinguish between self and non-self antigens and elicit immune responses.

Effects of Age and Diet on Health

Research has shown that molecular changes to our genes, known as epigenetic marks, are driven mainly by aging but are also affected by what we eat.  Using a molecular approach, we have demonstrated that diet and age affect whole body metabolism, intestinal morphology and fermentative end-products, and cerebral cortex gene expression.